From Such Great Depths 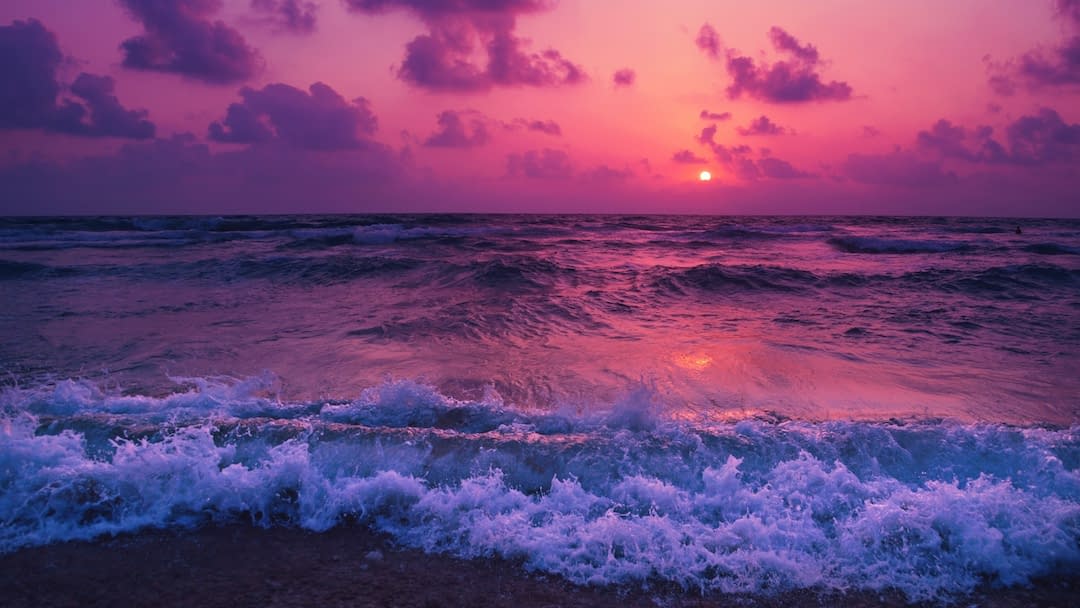 When I was eighteen I started dating a sweet and generous young man. One night we were driving back to our apartment after having dinner with his parents. As we sped down the highway, I stared out the passenger window into the dark, cold night.

Layers upon layers of thought processes occurred in my mind. My feelings plunged below the surface of things into uncharted territory and often out of sight. Mysterious expressions ached recognition as they rocketed up from below. I attempted once, twice, three times or more to express these multiple layers of understanding to him as he drove us home. But no matter how I tried, I felt as though what I expressed never quite landed. It wasn’t the first time. I shuffled it all away into the back of my mind and went on with the evening.

A few months later we decided to move together to Austin. We set up our home in a cute two-bedroom apartment at the intersection of two highways. Our balcony nestled up to several beautiful trees. We both found work and enrolled in school. As the sun sunk towards the horizon one late summer evening, I waited for him to return home. I laid on the bed with my trusted and reliable confidant and friend, Ralph Waldo Emerson.

I randomly opened the anthology, allowing myself to be guided to the essay that wanted to be read: “Circles.” I laid back as the setting sun seeped in through the open blinds and cast its striped light across the bedspread. I ventured in one circle of thought at a time. Several pages in my eyes traversed these words not once or twice but many times…

“How often must we learn this lesson? Men cease to interest us when we find their limitations. The only sin is limitation. As soon as you once come up with a man’s limitations, it is all over with him. Has he talents? has he enterprise? has he knowledge? It boots not. Infinitely alluring and attractive was he to you yesterday, a great hope, a sea to swim in; now, you have found his shores, found it a pond, and you care not if you never see it again.”

I looked up from the book with wide eyes. Sparkles of light flickered in my peripheral vision. I read the quote three more times. A devastating feeling plummeted to the pit of my stomach. A feeling I could not contend with at that moment. In my mind, I said to myself, “Not now.” I pushed aside the feeling and the thoughts. But I knew the time would come for me to find a new sea to swim in.

Emerson’s quote strikes me as harsh in many ways today but when filtered through the lens of compassion the truth still rings out like it rang and rang and rang for me in the months following. It reverberated so deeply that I carried it with me into the cold dark of winter that year. He and I had returned to Dallas to visit our family for the holidays. I stayed with my mother while he was with his parents.

One evening after dinner, my mom and I cleaned and put away the dishes. I found myself standing with a plate in my hand lost in thought. I turned to put the dish in the cabinet, and I asked, “If someone has historically not been a very deep person, could they become that way?” Our conversation cascaded into an array of corresponding tangential topics.

Yes, I was curious for curiosity’s sake. But I also needed to know if what I felt on that summer evening prior was true. Had I really found the limits of depth in my intimate relationship? I was searching for any remnant of hope. Something that would allow me to avoid the inevitable. I didn’t find it. All I found was more difficult truth. Truth that pointed to an eventual break up. When it finally did arrive, the break up was quick and hard.

Shortly after, my current partner and I started seeing one another. A few months into our relationship, we found ourselves on his living room floor with music playing over the stereo late one night (or early one morning). I sat in his lap staring into his eyes. He peered up at me with a deep, unending well of a soul that called out to mine. I couldn’t feel the bottom. In a brief second, I fell head over heels into his abyss. No end in sight. Like Alice tumbling down the rabbit hole.

I whispered, “I want to go there with you,” spoken with a deep knowing that he was more than capable of being a person that could go there with me. “There” being some nebulous place known by way of feeling not thinking. The deep, dark underworld of our souls. The vast expanse of our cosmic reality. No place in particular. Just “there.”

He hugged me tight and gave me a kiss. The conversation moved forward into practical matters, and I moved with it. But my heart captured that feeling and never let go. I told myself that this was a sign that we were meant for each other. I had found not just a sea but a whole ocean or more! I tucked this knowing away into a tiny pocket in my heart. My depth had finally found a home.

Even though this is a story of synchronicity, heartbreak, and romantic love (one I’ve told from this perspective many times before) what I see now is much more than that. What I see is the discovery of my own depth. A depth I have struggled to share with others. One I’ve hardly been able to claim for myself.

As though I were a young child afraid of its own shadow, it has taken me years to come to see my depth let alone share it with the world. Nudged year after year by the unseen, I’ve been called to share my depth. First within my partnership. Then, slowly, within my friendships. Now I stand at what feels like the last bridge. The one that crosses over into sharing that depth with the wider world; the charade of people standing at the periphery.

What I find here is not what I expected. All the while I tell the story as though it’s been one about me revealing my depths to others. In truth, I’ve been revealing my depth to myself, begging the questions: how willing am I to claim these depths as my own, a central pillar of who I know myself to be? And then, how willing am I to stand in my depths and be witnessed?

I am venturing out now past the shallows and into the cooler waters. Darker and deeper places than before. I’m collecting these places not for myself alone but for the wider community. On my journey of the soul, I’m called to cradle these depths with ferocious love, sprinkling their wisdom here and there as portals for others to jump into whenever their depths begin to call.

I am here now at a starting place despite having been journeying this whole time. I’m beginning again with new sight and coming from a place of new understanding. As I see these depths from this new place, I suspect I’ll become more of myself than ever before all while hopefully helping others to do the same.

Photo by Yousef Espanioly on Unsplash

Such Great Heights by The Postal Service